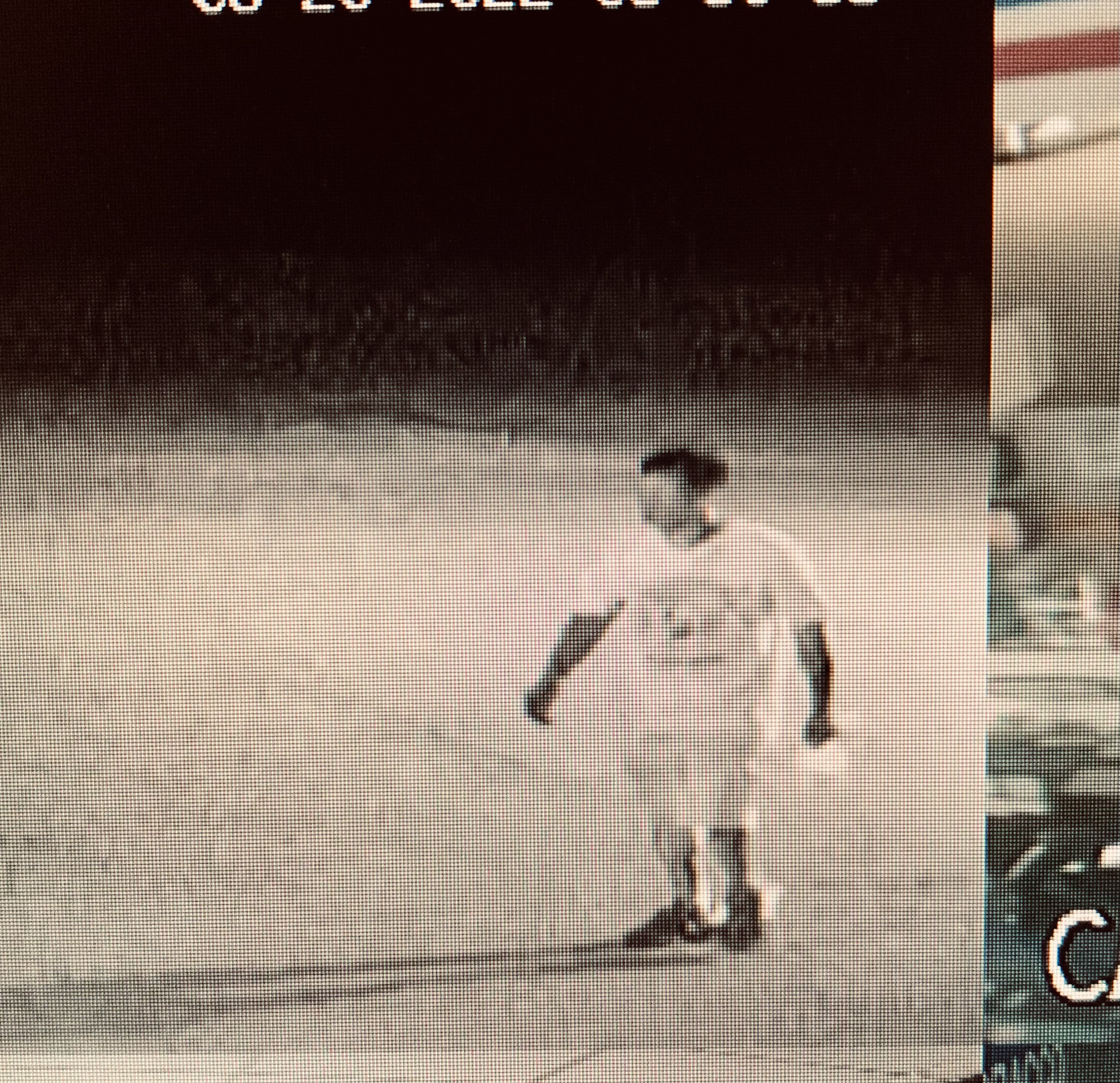 Deputy A Dolly began an investigation on 26 May 2022, behind the Little Hocking Marathon Station, Belpre Township. It was reported that a male subject had siphoned diesel fuel from of a semi truck that was parked there. A male driving a red F350 dually truck was captured in video footage from the gas station showing the truck pulling into the gas station, pulling a camper behind.

If anyone has any information as to the identity of this subject please leave an anonymous tip below or all the Washington County Sheriff’s Office at 740-376-7070 ext. 0. The picture is fuzzy but it’s the best we have.