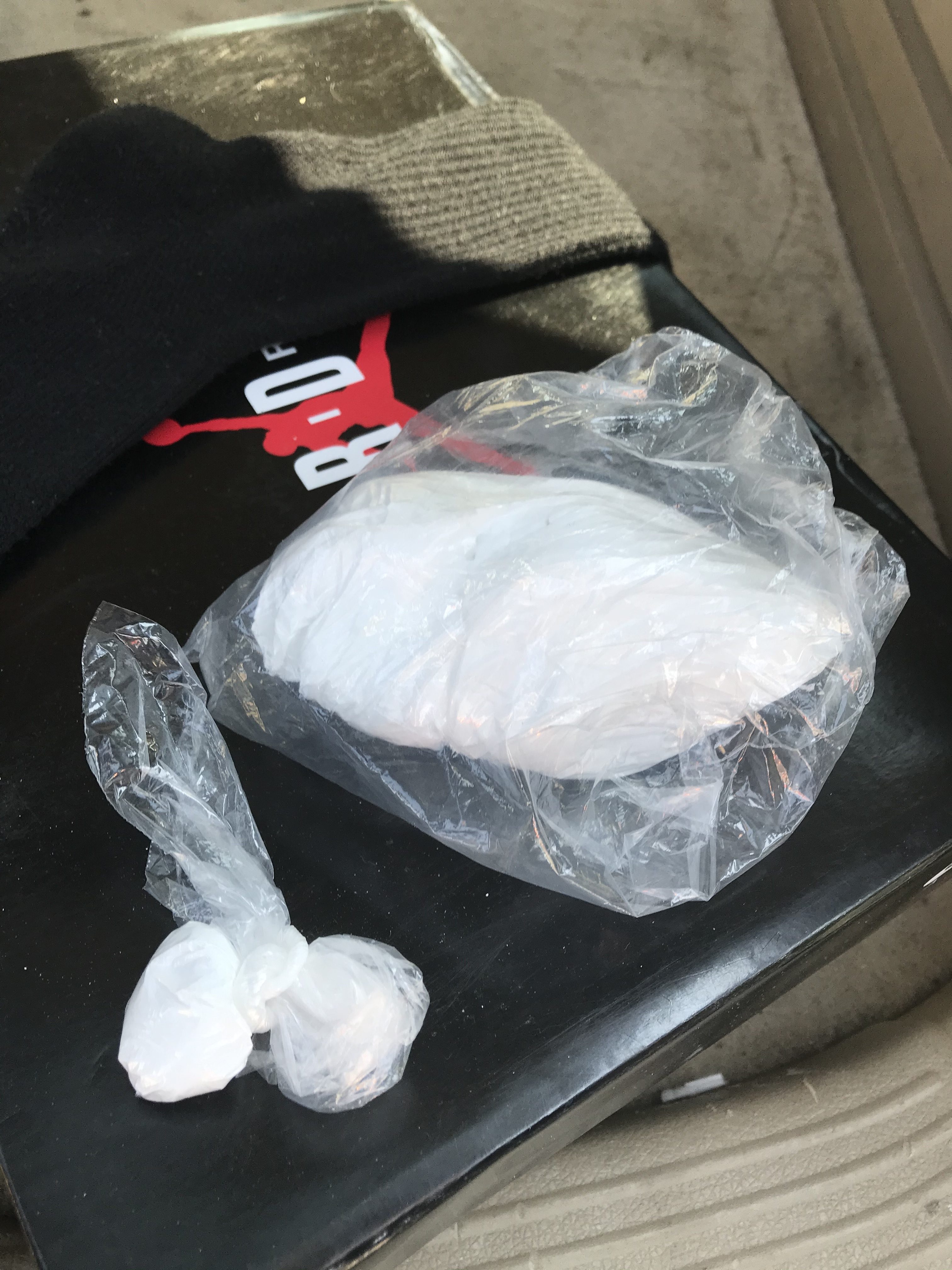 An investigation by Agents of the Ohio Organized Crimes Investigations Commission, Washington Morgan Noble and Monroe Major Crimes Task Force resulted in an arrest yielding 176.28 grams of Fentanyl.
On 8 Sep 2020 Agents with the Washington County Major Crimes Task Force were sitting stationary on I77 when a vehicle was observed travelling southbound in the right lane.  The driver of the vehicle made suspicious movements and Agents began to follow the vehicle.  Agents continued to follow the vehicle, in which numerous quick and dangerous moves were made by the driver.
A traffic stop was then conducted on the vehicle, noting the driver to be Eric Russell Scott Neff and the female passenger to be Velinda Berga.  Neff stated he understood why he was being stopped, due to his hesitation in driving.  Neff stated he was returning from child visitation in Columbus, stating he lived there in the past.
Agents were assisted by the Ohio State Highway Patrol and a K9, which conducted a search around the vehicle. The K9’s positive indication was explained to the occupants as Agents conducted the search of the vehicle.
Agents located a small round container with gray granular powder and baggies of white powder.  Neff and Berga were advised they were being placed under arrest.  Berga stated she had a needle stuffed down the front of her pants (which she was allowed to retrieve).
The drugs were seized by Agents, along with cell phones and cash.  Neff and Berga were transported to the Washington County Jail for processing.
Eric Russell Scott Neff, age 29, 36633 Harrietsville Road, Lower Salem, was charged with trafficking in drugs, a felony of the 1st degree.
Velinda Bernice Berga, age 21, LKA: 101 Theis Avenue, Lot 15, Marietta, OH, was charged with trafficking in drugs, a felony of the first degree.
A field test was conducted on the white powder with a positive indication for Fentanyl.
Neff and Berga appeared in Marietta Municipal Court.  Neff is under a $75,000 bond and Berga is being held on $100,000 bond. The Washington Morgan Noble Major Crimes Task Force is part of Ohio Attorney General Dave Yosts Organized Crime Investigation Commission and is comprised of representatives of Post 84 of the Ohio State Highway Patrol; Washington, Morgan, Monroe and Noble County Sheriff’s Offices; the Marietta, Belpre and McConnelsville Police Departments; and the Washington, Morgan and Noble County Prosecutor’s Office.