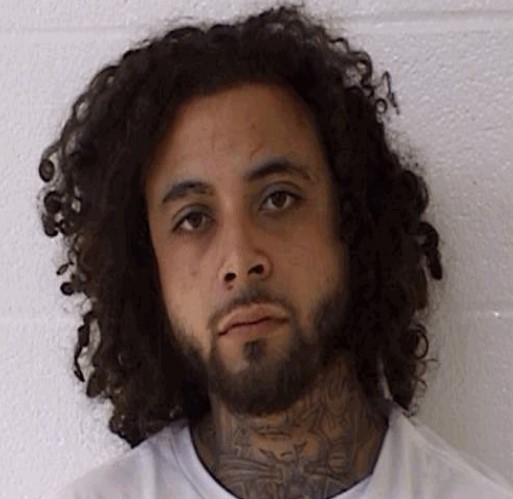 On 28 May 2020 at approximately 2338 hrs. Washington County Dispatch was advised by Lt. McPeek that Stephen Sewell contacted him to report being assaulted while at 11722 State Route 555, Wesley Township, Cutler, Ohio.  Sewell reported that Jamal Thompson showed up waving a black handgun at him. Sewell stated Thompson struck him with the handgun on the forehead causing a laceration approximately 1” in length. Sewell’s wound appeared consistent with being “pistol-whipped”. Sewell advised at some point during the incident Thompson demanded he give him all of his money. Sewell stated after being struck with the firearm, he believed Thompson was trying to shoot him, but the firearm did not fire. Sewell then states he got into a vehicle to leave and Thompson reached inside and smacked him across the face.

Sgt. McKee along with other deputies responded to investigate this incident.  Deputy Painter knocked at the residence and observed a male subject attempting to flee the back of the residence, and then run back inside. The homeowner gave deputies consent to enter the residence, in which a short standoff ensued with Thompson refusing to exit the bedroom.   Deputies entered the residence to take Thompson into custody after he refused orders to exit.   A search of the bedroom revealed a black Smith & Wesson 9mm handgun, hidden between the mattress and box springs.  Deputies were advised that Thompson was in the bedroom where the firearm was hidden   Witnesses observed Sewell and Thompson get into an argument, however, they went back inside and did not witness the assault, but did see Sewell covered in blood.

Thompson refused to provide information such as his address, stating he wanted a lawyer. Jamal Edward Thompson, age 25, lka: 9075 State Route 377, Chesterhill, OH, was placed under arrest and charged with aggravated robbery a first-degree felony, felonious assault a second-degree felony, weapons while under disability, tampering with evidence and obstructing official business, all third-degree felonies.

Thompson is being held in the Washington County Jail pending his appearance in  Marietta Municipal Court on Monday 1 Jun 2020.