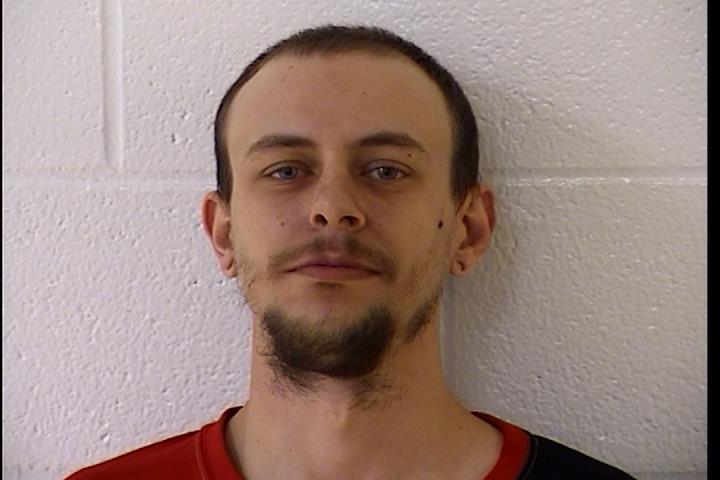 On 23 Apr 2020 at approximately 1802 hrs. Deputy Kehl, Sgt. Parks, Deputy Zide, and Deputy Hockenberry were dispatched to 5880 Germantown Road, Lower Salem, OH.  Lisa Robertson reported a subject was on their property and was going through their outbuildings.  Lisa stated the male subject, wearing camo, took off after an attempt was made to apprehend him.

The Robertsons stated while in the residence, a male subject, dressed in camo, carrying a blue backpack, was observed in their yard. Chris then ran outside and chased the male subject down. Chris asked the subject who he was and the male said he lived with a subject down the road and was dating the daughter.  Chris returned to his house and observed an outbuilding door ajar, as well as another door open.  Chris stated he knew the doors were secured and did not observe anything missing.

During the conversation with Hinkle, Deputies detected an odor of marijuana emitting from the residence and asked the homeowner if she had any knowledge of the marijuana odor.  The homeowner advised Deputies that Hinkle and Samantha smoke marijuana.

Deputies then spoke with Samantha Knighten about the marijuana odor and she confirmed she and Hinkle were smoking marijuana in the house.  A consent to search was obtained from the homeowner, along with Samantha. Deputies located three (3) buds of suspected marijuana, five (5) suspected marijuana seeds, five (5) smoking devices, and a mini electric scale.  These items were in plain view and were confiscated from the residence.

Samantha informed Deputies that the room was her bedroom that she and Travis share with her juvenile child, and Hinkle’s juvenile children.   All three children were observed in close proximity to the items seized from the home (marijuana and drug paraphernalia) and had immediate access to them.

Travis Lee Hinkle, age 26, was placed under arrest and transported to the Washington County Jail for processing.  Hinkle was charged with endangering children, attempted breaking and entering, possession of drug paraphernalia, and possession of marijuana.

Samantha Mae Knighten, age 26, will be summoned into Marietta Municipal Court on a charge of endangering children, possession of drug paraphernalia, and possession of marijuana.

Hinkle appeared in Marietta Municipal Court on 24 Apr 2020 and his charges and was released on a personal recognizance bond.