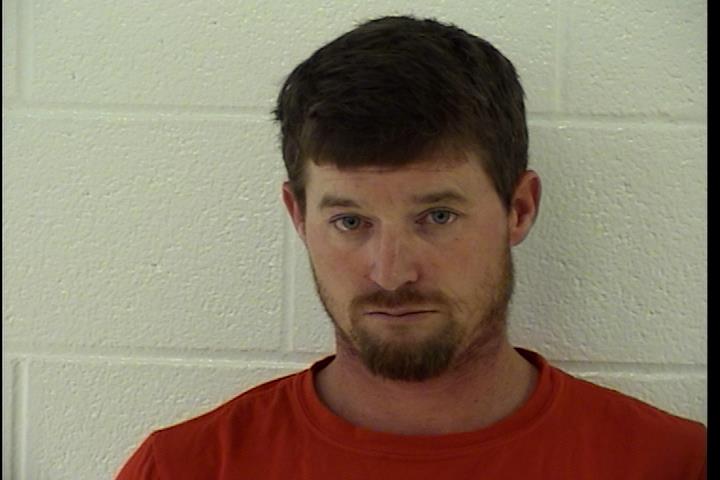 On 3 Feb 2020 at approximately 0912 hrs. Det. S Roe was traveling north on Muskingum Drive in a marked Sheriff’s Office patrol vehicle.  Det. Roe approached Davis Avenue and observed the overhead traffic light was showing green for traffic on Muskingum Drive.  At that time a Jeep SUV, traveling at a considerable speed, came through the intersection against the light from Davis Avenue (westbound).  Det. Roe braked to avoid a collision with the vehicle, which continued northbound on Muskingum Drive.  The vehicle was observed moving back and forth in the lane, with the driver’s hands moving up and down as well.  A traffic stop was then conducted at the intersection of Muskingum Drive and Colegate Drive.

A pursuit ensued with the suspect vehicle, with lights and siren activated.  After approximately one mile, the driver turned onto Maple Shade Drive, Alden Street, Lawton Road, then turning into the driveway at 312 Lawton Road.  The subject pulled around the side of the building before bailing out and entering the home through a rolling garage door.

Det. Roe and other Deputies remained in the driveway with overhead lights and siren, while taking cover at the front of the residence.

The driver had been identified as Nathaniel Becker, age 40, 312 Lawton Road, Marietta, OH.

A short time later Washington County SRT arrived on the scene.  After a two to three hour standoff, Becker ultimately exited the residence and surrendered.

Nathan Blayn Becker, was transported to the Washington County Jail charged with aggravated menacing, failure to comply with the signal or order of a police officer, and inducing panic.