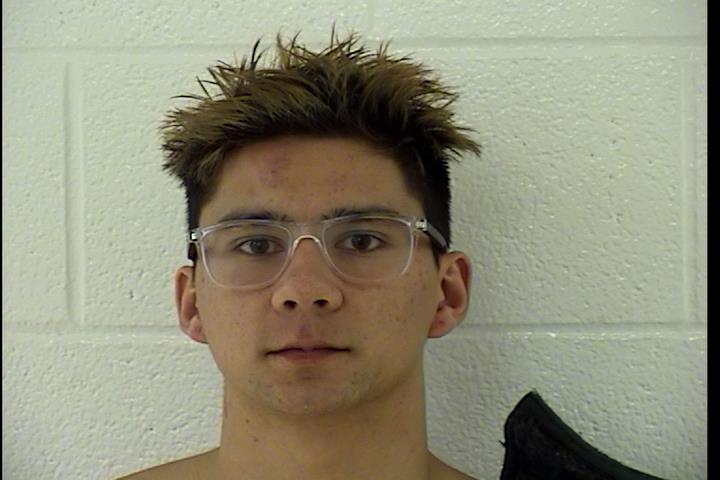 On 5 Nov 19 Deputies Painter and McConnell were dispatched to the Broughton’s Nature Trails in the area of State Route 821, Marietta, Ohio.  A 911 call was received from a male in the woods on the hiking trails, stating he was assaulted, robbed, and bleeding from his abdomen.  The male stated he was lost and did not know which trail he was on, and could not find his way out.  Deputies arrived and a search of the hiking trails began.  After searching the wooded paths for approximately 20 minutes, Deputies Painter and McConnell located the male, later identified as Conner Krueger, yelling for help.  Krueger was not wearing a shirt at that time and Deputies began checking his physical condition to determine the severity of his injuries.  Deputy McConnell advised Krueger was not bleeding and injuries were superficial, being a few scratches to his abdomen.  Krueger was escorted out of the woods where the Devola Volunteer Squad personnel were waiting to render aid.

While being treated, Krueger was asked for a description of his attacker, at which time Krueger gave a vague description of the suspect(s).  Further inquiry was made of Krueger, about his attacker, eventually asking if he was lying about the incident.  Krueger began to cry, stating he made up the entire incident to get attention.  Krueger went on to advise that he drove here from Wisconsin to meet up with a guy he had been talking with on an online dating site and the guy stood him up.  Krueger stated when he reported this he thought the guy may show up and come to his rescue.

The Washington County Sheriff’s Office dispatched numerous officers along with other agencies to assist in locating this individual.