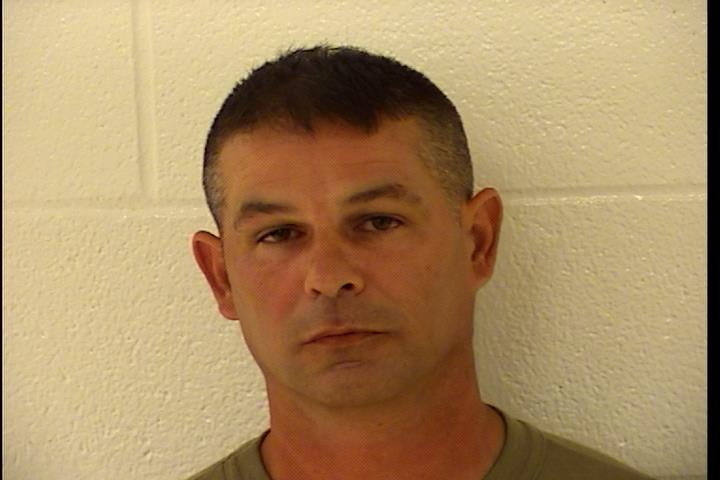 On 16 Jul 19 Detectives arrested Joe Eugene Robinson, age 47, 4570 Laurel Ridge Road, Lowell, OH for compelling prostitution a 3rd degree felony.
On 23 May 19 the Washington County Sheriff’s Office Detective Bureau began an investigation into possible compelling prostitution involving a minor.
Detectives obtained information that Joe Robinson was attempting to pay a juvenile $100 cash (4 separate occasions) during December 2018. The juvenile felt the money meant the subject wanted something sexual in return.  Robinson at one point placed a $100 bill with “pretty please” written on it, on a “nurses” uniform/outfit.  The juvenile stated the outfit was not worn and no sexual encounter occurred.
On 16 Jul 19 at 9:47 a.m. Robinson made contact with the juvenile asking if he/she needed money, and how much he/she needed.  Robinson replied that the amount depended on what he/she wanted to do, and how much money he/she needed.   Robinson advised that he wanted to start with $100 and wanted him/her to reply back telling him what he/she would do.  Robinson was advised that $400 was needed and he/she asked what he/she had to do, with Robinson replying “everything”.  Robinson further requested photographs from the juvenile.
Robinson set a meeting location for Lowell Elementary School at 12:30 p.m.  Robinson further advised the juvenile that he wanted to see “that body”, and other explicit comments were made to him/her.
Detective Lt. Lockhart and Detective Sgt. Smeeks set up surveillance and at approximately 12:30 p.m. on today’s date, observed Joe Robinson drive past the school, alone.  Surveillance continued observing Robinson looking for the juvenile around the school building.  Detectives approached Robinson’s vehicle, in an unmarked cruiser, and made contact with Robinson.  Robinson was advised to exit the vehicle and was read his Miranda Rights, which Robinson stated he understood.
Robinson admitted withdrawing $400 cash and was there to meet a juvenile.  Robinson also admitted to the conversations and knew the meeting was going to be for sexual favors.  Joe Robinson was then placed under arrest and transported to the Washington County Jail where he remains incarcerated pending his appearance in Marietta Municipal Court on 17 Jul 19.